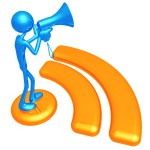 Notifications from our suppliers

In our effort to provide you with the best customer service, MH&W is committed to keeping you up to date with the latest info about your supply chain with the latest notifications and alerts direct form the factory.

Schwarzpunkt has recently been purchased by a larger international corporation. In the process of increasing efficiencies and profitability, the new management group has made the decision to stop production of coil formers.

MH&W has until March 25, 2016 to place all last time buy orders for the bobbins.

MH&W has taking steps to locate equivalent or near equivalent replacements. We have already started the process to bringing in the following replacements:

The manufacture of the toroid ferrite cores as to the electrical and mechanical specifications before coating has not changed. Samples of the process as it pertains to the epoxy coating in the China locations will be available as required.

In March/April TDK announced they would be moving the Powder process facility from Japan to Xiamen.  At the time the estimated timeframe was sometime the end of Summer to Autumn. TDK has updated the dates for this move.

The powder process facility will stop processing powder towards the end of September once it has made all the powder needed to fulfill current orders through December.  The movement of the facility is estimated to take two months ( October – November).  The estimated time for Powder production to start up in Xiamen, China is sometime in December with resulting new core orders using the new facility to  be January (x-factory).

TDK has a supply of raw material in all of the material grades, however the availability of the powder will depend on new order entry from across the world.  The worst case scenario for new Core orders requiring a plant order will be a ship date to our customer of mid-February.  The material most affected is:

Secondly, PC90 and PC95 will be affected however the factory has quite a large inventory of this material.  So far we continue to receive Nov – Dec deliveries for PC95 & PC90 ( about 14 week lead time)

Third: The manufacture of the large cores will be moving to China in the same time frame.  This includes the large toroids (above 18mm) and large cut cores as the EC70 and EC90.  The tools and presses will be dismantled, packed and shipped to China with an estimated install date of early December with production estimated to be early January.

PC40/PC44/PC47 is already produced in Xiamen. Lead time on this material is only affected by the rate of incoming orders on the factory and resulting factory scheduling and remains about 13 weeks.

TDK has made the announcement that the large sized ferrite cores are to be discontinued.  Please see the attached list:

In addition to the indicated cores being discontinued, the manufacturing of the following cores are being moved from Japan to China:

TDK has made the announcement that the EE5 core shape will be Discontinued.  The last date for the acceptance of orders for the EE5 will be June 1, 2012.  This affects the MH&W International custom core PC44 EE05-Z A220 min.

MH&W International, in cooperation with China Manufacturing Technology (CMT),  has released a suitable replacement for the EE5 core such that our customers can continue to design in and purchase the EE5 core.  The power material that we are purchasing will be the FP3H material.  The material specifications are here: Power Ferrite FP3H  The FP3H material is equivalent to the TDK PC95 material.  The EE5 core specification has a minimum Al value of 270.  The replacement core that MH&W is offering is a better core in terms of core loss and inductance.  The core spec is here: CMT FP3H EE5 A270M

2007 – TDK made the announcement of a process change whereas the manufacturing of ferrite would move from Japan to China.  This movement would be accomplished in three (3) phases.

Phase one -2008: The Grinding and Gapping subprocess in Narita, Japan would be moved to Xiamen, China.

Effective timeframe for the movement of the powder preparation process: July 1 – September 30, 2012

TDK corporation has introduced the PC47 Power Material as the next generation power material to replace both PC40 and PC44 power materials. The greatest advantage of PC47 is the lowest possible core losses (250 KW/M3) at 100°C, 100KHz and 200mT. The saturation is also improved to be greater than 420mT at 100°C. This is the material for new designs and to replace PC40/PC44 for greater efficiency.

April 1, 2010, TDK announced their intension to cease supplying the bobbin and accessories that go with their ferrite cores.  At that time, TDK accepted last time orders.  MH&W notified all our customers of the last time buy and that MH&W would accept delivery requirements until March, 2011.  As of today, TDK has ceased supplying bobbin and accessories and MH&W can only accept purchase orders for that product that is in our inventory.

MH&W International has purchased inventory on the active parts to continue supplying these active parts for a period of approximately three (3) years.  during that time we will be attempting to find alternate sources of supply for close equivalents of the bobbins and accessories that TDK no longer supplies.

MH&W International will continue to support the product for a period of 12 months from the announcement date above by giving our customers a last time buy and allowing the delivery of the product to be scheduled. TDK Corp has agreed to allow MH&W International a last time buy on all active products. In order to consolidate orders and transmit purchase orders to the factory, MH&W Int’l needs from our customers their last time buy by June 10, 2010. MH&W Int’l will then allow delivery of that product over the time frame to complete the purchase orders by March 31, 2011.

TDK announced that effective April, 2009, the remaining  ferrite manufacturing located in Narita, Japan would be relocated to Xiamen, China.  Please see the announcement:

TDK announced that starting November 2007 and completing this phase in the 2nd quarter of 2008, the finishing operations of the ferrite manufacturing operations would be moved to Xiamen, China.  Please see the announcement:

Epcos has released the preliminary specification of the ferrite core U102/57/25. The available material will be power material. The general use for this core is large power transformers and inductors for Inverter technology.

Epcos today released the specification of the EQ38/8/25 in N95 material.

Requesting a quote, samples or information has never been easier.

Just Click the "RFQ/Inventory" link at the
top and bottom of every page.

Shop online for samples and small quantities. Request a Quote. And more.

Stay up to date with industry news, product announcements and alerts for MH&W Magnetics and Thermal products.
Click to Subscribe Now